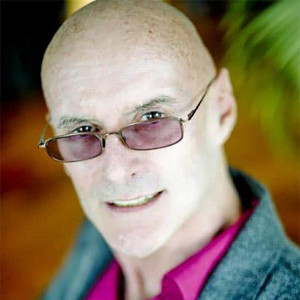 Wilber was born in 1949 in Oklahoma City. In 1967 he enrolled as a pre-med student at Duke University. He became inspired, like many of his generation, by Eastern literature, particularly the Tao Te Ching. He left Duke and enrolled at the University of Nebraska at Lincoln, but after a few years dropped out of university to devote all his time to studying his own curriculum and writing books.

Wilber stated in 2011 that he has long suffered from chronic fatigue syndrome, possibly caused by RNase enzyme deficiency disease.

In 1973 Wilber completed his first book, The Spectrum of Consciousness, in which he sought to integrate knowledge from disparate fields. After rejections by more than twenty publishers it was finally accepted in 1977 by Quest Books, and he spent a year giving lectures and workshops before going back to writing. He also helped to launch the journal ReVision in 1978.

In 1982 New Science Library published his anthology The Holographic Paradigm and Other Paradoxes, a collection of essays and interviews, including one by David Bohm. The essays, including one of his own, looked at how holography and the holographic paradigm relate to the fields of consciousness, mysticism, and science.

In 1983 Wilber married Terry “Treya” Killam who was shortly thereafter diagnosed with breast cancer. From 1984 until 1987, Wilber gave up most of his writing to care for her. Killam died in January 1989; their joint experience was recorded in the 1991 book Grace and Grit.

In 1987 Wilber moved to Boulder, Colorado, where he worked on his Kosmos trilogy and oversaw the work of the Integral Institute. Wilber now lives in Denver, Colorado.

Subsequently, Wilber wrote Sex, Ecology, Spirituality (1995), the first volume of his Kosmos Trilogy. A Brief History of Everything (1996) was the popularised summary of Sex, Ecology, Spirituality in interview format. The Eye of Spirit (1997) was a compilation of articles he had written for the journal ReVision on the relationship between science and religion. Throughout 1997, he had kept journals of his personal experiences, which were published in 1999 as One Taste, a term for unitary consciousness. Over the next two years his publisher, Shambhala Publications, released eight re-edited volumes of his Collected Works. In 1999, he finished Integral Psychology and wrote A Theory of Everything (2000). In A Theory of Everything Wilber attempts to bridge business, politics, science and spirituality and show how they integrate with theories of developmental psychology, such as Spiral Dynamics. His novel, Boomeritis (2002), attempts to expose what he perceives as the egotism of the baby boom generation.

In 2012 Wilber joined the Advisory Board of International Simultaneous Policy Organization which seeks to end the usual deadlock in tackling global issues through an international simultaneous policy.