Peace and Forgiveness with the Integral Approach

The term peace has become even more ubiquitous in recent times, however, lasting inner and outer peace cannot be attained without its sister, Forgiveness. Making peace is a delicate process both known to politicians, healers, and psychotherapists. Partly peacemaking has to do with negotiating terms and making agreements, that are acceptable for both parties. It is more a masculine, left-brain process. The agreement is almost the easy part. The other side of peacemaking is forgiveness which is an emotional process more right-brained, often associated with the feminine energy. Though friends, family, and spirituality often suggest we simply forgive, and let it go, it is not as easy as it seems. You can not let go and forgive on instruction, by simple will. In the deepest layers of your identity, your heart is involved. Before forgiving and sending love and metta often we need to go through an emotional cleansing process through our own anger, fear, and at times trauma. This work is also necessary if we want to turn peace agreements into lasting peace. These universal principles apply to individuals in everyday situations when they get hurt, to couples at difficult times and divorce, and also to nations in the times of war, and after that. We will explore together how these two processes need to show up in balance and how they relate to the Wilberian stages of consciousness. 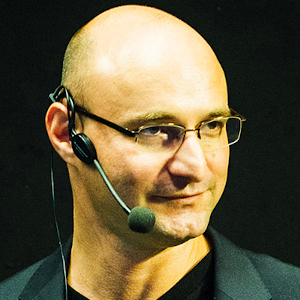 Bence Ganti, MA, is main organizer, the co-founder, and director of the Integral European Conferences (since 2014) who works full time on IEC-s for five years now in a rowm and the co-founder of Integral Europe team (since 2012). He created the the 3-year adult education program on integral psychology, in Hungary, called Integral Academy in Budapest (since 2006). Bence is an integrally oriented clinical psychologist, vipassana meditator, and international teacher of integral psychology.

Being a dual citizen of the USA and Hungary, Bence bridges cultures delivering keynote addresses, making presentations, and leading experiential workshops worldwide, including his version of a cutting-edge we-space practice called Integral Flow Experience. Based on this he has created the International Constellation Processes at the Integral European Conferences. In the USA he has thought integral psychology at Meridian University and San Francisco State University in California and at integral events at Bay Area Integral, Integral Center in Boulder, and the Integral Theory Conferences. Bence has been teaching also in Mexico, Colombia, Hungary, Germany, Italy, Switzerland, Austria, Greece, Russia, Ukraine, Sweden, Portugal, Bulgaria, and South Africa. He represented integral consciousness during the World Economic Forum week in Davos, Switzerland in 2019. Ken Wilber asked him to be the European coordinator of Integral Institute.

To honor the man who gave the world the integral vision, he teamed up with John Dupuy to create the Ken Wilber Gratitude Fund in Washington, D.C. and is currently serving as a fund trustee to thank Ken Wilber for his life work.